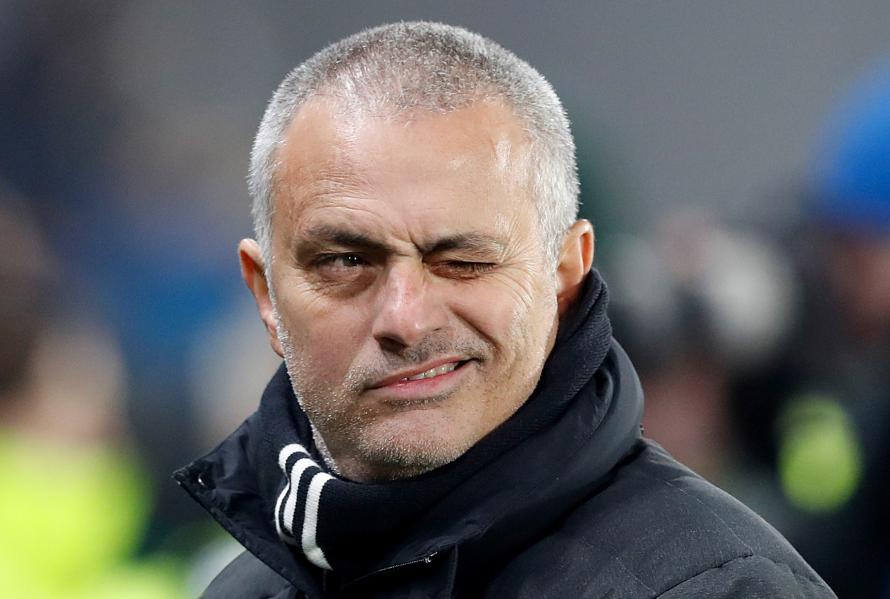 Richard Keys: You have a history of using park the bus tactic…..Has that style of football been reserved by the way modern football is played?

Mourinho: “What is modern football?”

Richard Keys: “Modern football is aaaah! Pass completion…scoring goals…and being entertaining if you can……”

Mourinho: “We were not the best team in the country. When you are not the best, you have to be more strategic than philosophical.”

Mourinho: “For example, the record of spanish football was not Barcelona. It used to be Real Madrid and the guy who did that was the defensive guy, he won all the records.”

Host 2: If you had spent 3 years as manager of Tottenham hotspurs(a lesser club with limited funds), would have won the trophy?

Mourinho: “I refuse to say that because I’m not there.I don’t want to be the pundit that wins every game because he never plays one”

Richard Keys: What’s more important to you, playing a an entertaining game or just being defensive?

Andy Gray: Winning the, isn’t it?

This is the type of talk that separates the boys from the men, fakers from the practitioners.

He accused Mourinho of playing a boring style of football and called his style old, classic. When asked what modern football was, Richard could only give a pooh pooh type of answer. The facts disagrees with him, because Mourinho won more trophies with that park the bus style in a short period of time than most managers. The presenter is worried about entertainment, Mourinho is worried about winning.

What matters in life are events that actually take place, that is reality. Not your opinions, feelings, stats or expert opinions. All that don’t matter at all. The real ones understand that winning is the most important of all and it doesn’t matter how you do it, Just win. This behavior is even worse in financial markets. Media journalists at news channels or social media gurus are hired to say something on everything to get paid. Their goal is not to win or make you win, it’s to say something, even if they don’t understand just to eat.

The sports guys….. especially presenters. They loooove details. They analyze each and every fragment of it then criticize coaches and players. They believe what their data or analysts tell them is true. That being said, they know inside themselves that the game of professional football is generally unpredictable especially in major leagues.

But if you pay attention to the practitioners; the game players, the winners. In this case; Jose Mourinho. They see things differently. Their perception is in sync with reality, their focus on the most important prize, winning. They dont waste time on arguments, predictions and all the chatty chatty unimportant stuff. This was Mourinho’s first sit down interview appearance of this length.

I learned this when I was 15 while playing soccer that what really mattered was winning the game, not how pretty our outfit was or how fancy our new strategy was. It was only those who couldn’t play that became obsessed with focusing on things don’t matter. If they knew better, why couldn’t they just get up and play? The world is filled with theorists, very few practitioners. That’s why only a few are successful, the majority are fooled by presentation which takes their eyes off the prize. They would rather spend more time taking a pretty photograph for instagram than learning how e-commerce works.

People were building bodies before, way…way back before all these fancy technologies. But now, there’s an app to track everything and help you eat, sleep, breath and even shit better. If that’s what we need, why are so many of us still unhealthy? In that scenario, you are the team and the apps are the critics and media journalists, they will give you opinions but won’t participate in your game. The reality is, it’s a lonely game. Nobody gives a fuck, just win.

Intrinsically, we already know what we need to do to become fit. It doesn’t require a fancy gym, trainer and an app. But we hide behind the lack of these tools and excuse ourselves from taking action. Nobody really cares about the details, just win. The only game you can win with your statistic is an argument, not reality itself.

I’ve seen so many people who refer to themselves as entrepreneurs, even though they’ve never run or own business before arguing about business. They think they know because they follow Elon Musk or Jeff Bezos on the internet, or because “they studied” business as if business is some sort of a repetitive procedure you study. They give you references and stats to convince you they know. Not the type of conversation you’re more likely to have with real entrepreneurs.

Nobody gives a fuck, just show me the results. Just win!

Host 2: If you had spent 3 years as manager of Tottenham Hotspurs(a lesser club with limited funds), would have won the trophy?

Mourinho: “I refuse to say that because I’m not there.I don’t want to be the pundit that wins every game because he never plays one”

Where did I watched the interview: https://www.youtube.com/watch?v=3PqxEYzNEFk