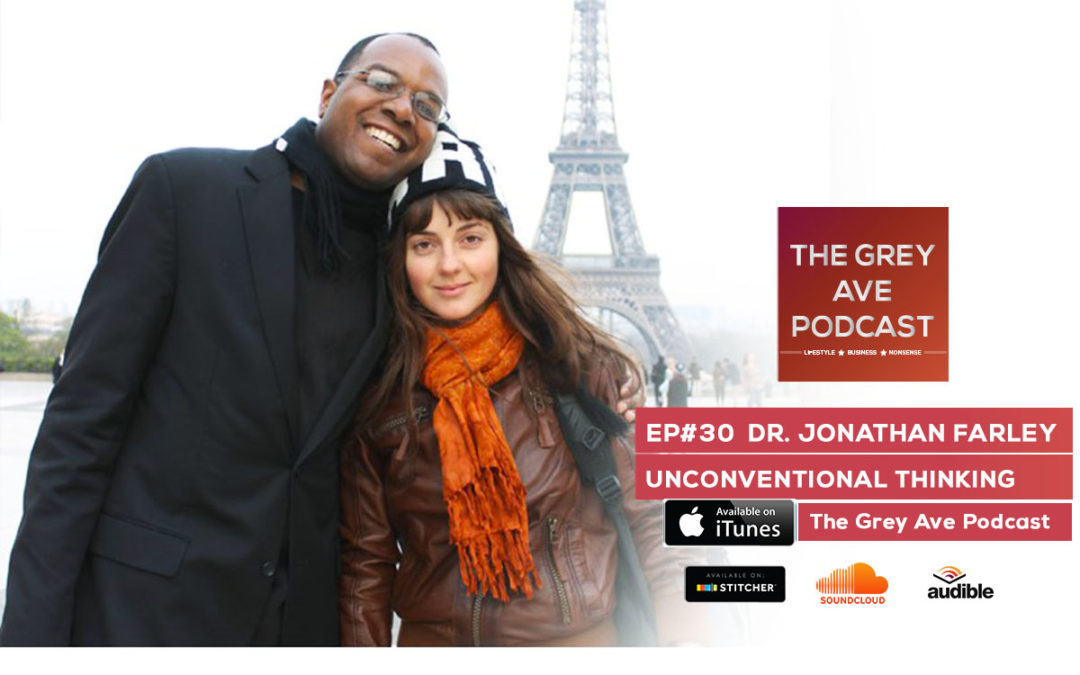 SHOWNOTES:
Dr.Jonathan David Farley received his D.Phil. in mathematics from the University of Oxford in 1995, after winning Oxford’s highest mathematics awards, the Senior Mathematical Prize and Johnson University Prize, in 1994. He graduated summa cum laude from Harvard University in 1991, with an A.B. in mathematics. He had the second-highest grade-point-average in his graduating class. He has also had visiting appointments at the California Institute of Technology, the Massachusetts Institute of Technology, and Harvard University, and he has been a Science Fellow at Stanford University’s Center for International Security and Cooperation. Dr. Farley is one of only four Americans to win a 2001-2002 Fulbright Distinguished Scholar Award to the United Kingdom. He is the 2004 recipient of the Harvard Foundation’s Distinguished Scientist Award, given on behalf of the president of Harvard University for “outstanding achievements and contributions in the field of mathematics.” Seed Magazine named him one of “15 people who have shaped the global conversation about science in 2005.”

Jonathan thinks very differently, in fact his thoughts are usually unconventional. My impression was to talk about math as you might’ve thought but we talked about life. Specifically about politics, dating, places among other things.

Below are few points I picked up from Jon which stood out for me in our conversation:
-Obama is a war criminal. He should be charged for murder.
-Marriage isn’t worth it for men, it’s actually a mistake.
-Alimony should be eliminated.
-Feminism is harming women.
-The skills required to be a successful politician are not the same skills that are required to run a state successfully, that’s the problem.

We also did a part 2 where we talked about other subjects we didn’t cover on this one like his mathematical formula to eliminate ISIS/terror, his childhood, academia and more. All you need is to subscribe to stay updated with new podcasts.

All the videos, links, articles and other statistics mentioned in this podcast below:

” it is estimated that anywhere between fifteen and twenty percent of marriages are sexless.”
https://www.psychologytoday.com/blog/office-diaries/201203/sexless-marriage-is-surprisingly-common

“84% of working women told ForbesWoman and TheBump that staying home to raise children is a financial luxury they aspire to.”
Forbes Magazine
http://www.forbes.com/sites/meghancasserly/2012/09/12/is-opting-out-the-new-american-dream-for-working-women/

“Are women more interested in men who are already in a relationship?”
Journal of Experimental Social Psychology
http://www.synergy-pr.com/files/JESP72009%281%29.pdf

“Michelle Duggar’s Marriage Advice: Women Should ALWAYS Submit To Sex With Their Husbands”

Michelle Duggar's Marriage Advice: Women Should ALWAYS Submit To Sex With Their Husbands

“Advice for Women Who Don’t Want to get Divorced”
by Janet Bloomfield
http://judgybitch.com/2013/08/27/advice-for-women-who-dont-want-to-get-divorced/

Letters from an Indian Clerk

3 Ways To Be More Successful At Online Dating

How Stella Got Her Groove Back